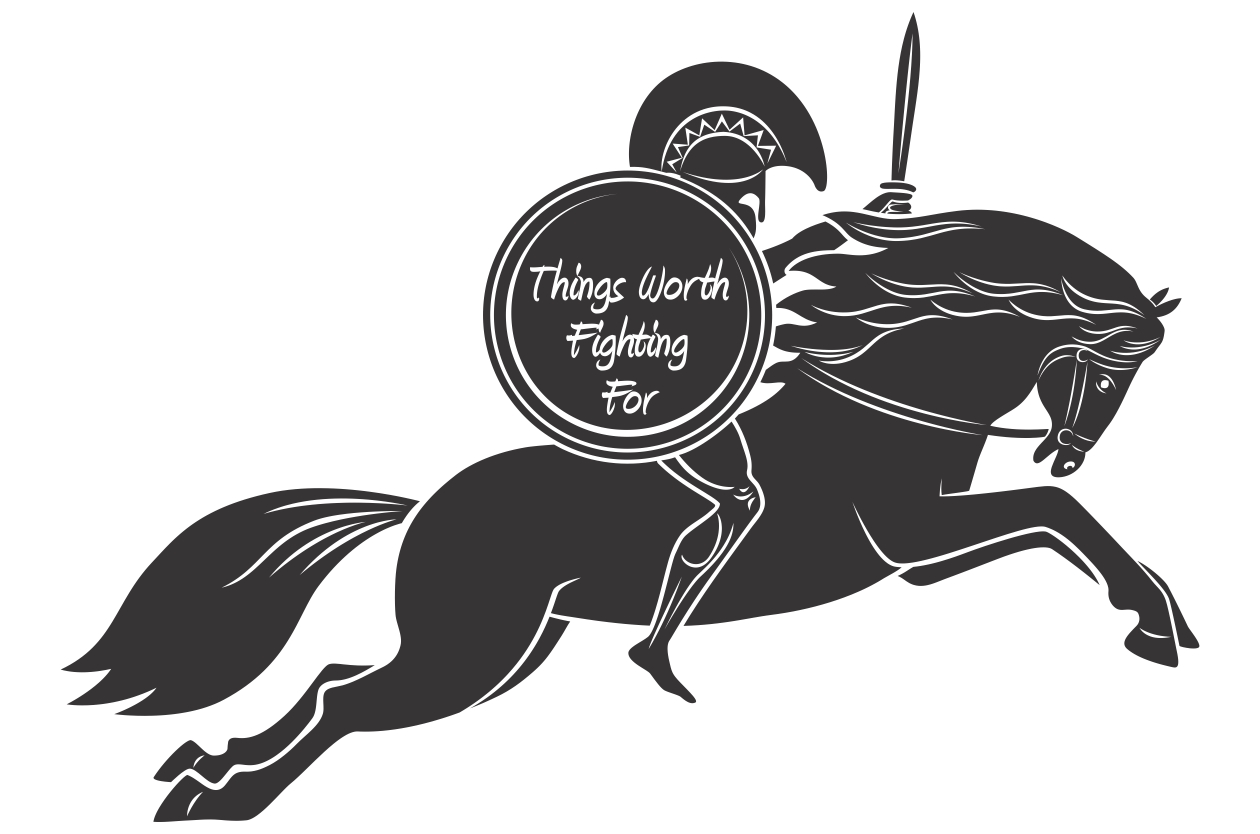 …because there are things worth fighting for.

We’ve all heard about and come to admire great warriors:  Winston Churchill, Dwight D. Eisenhower, Martin Luther King, and King David. They were all warriors because they believed that there are certain things in life worth fighting for. In fact, they need to be fought for.

King David, the famous king of the Old Testament, garnered fame from winning battles against armies that were many times larger than his and preserving the freedom of Israel. Something in the man compelled him to defend his country and his countrymen. The same spark gave Abraham Lincoln the resolve to preserve the union and, ultimately, bring an end to slavery. And once again, that same thing prevented Winston Churchill, despite the scorn of many of his own countrymen, to sit by and let the Nazis take over Europe unopposed. He rallied his countrymen to defend the shores of England.

There are, of course, millions of lesser known, modern-day warriors, such as the single mother, who travels long distances to work in order to provide the basics and stability for her kids, or the father, who perseveres at his job to bring a paycheck home despite facing workplace bullying.

When we look at what’s valuable to us, we find that there are certain things worth fighting for. The well-being of our children, a struggling marriage, friendships, and good health, whether for ourselves or those we care about, are examples. Doctors fight for the lives of their patients and teachers for the hearts and futures of their students. Take anything good, true, or beautiful upon this planet and, ask yourself, “Can this be protected without a fight?” It is the answer to this question that provides the reason that many of us have become warriors and have fought for something!

A NEW WARRIOR IS EMERGING

The fight against mental health is a new emerging battle. Ten years ago, this fight, as it exists today, did not generally exist or if it did, it was so small and fragmented that for the most part, people with mental health struggles had a life sentence dealing with their struggles. A person would just have to hunker down and survive day-to-day. But scattered about there were warriors, who were emerging, unifying and entering the battle. They were doing this, because it is/was something that had to be fought for. These mental health warriors include such individuals as:

-Dr. Norman Doidge who pioneered the idea that the brain’s neuroplasticity meant that those with mental health issues could change.

-Dr. Daniel Goleman, who sparked the emotional quotient (EQ) revolution by showing that EQ is as valuable as IQ (intelligent quotient).

-Dr. Scott D. Miller, whose work emphasized the front-line worker in mental health (counsellors), showing them how to achieve higher levels of effectiveness.

-Canadian Mental Health Commission of Canada and other national counterparts, who, with their volunteers, labour tirelessly, showing that the war on poor mental health can be won.

Since 2005, our team at Health Factors has walked in the trenches of recovery with over 1300 people. The school of hard knocks has taught us that people’s greatest need in the recovery process is to find someone they can establish a high trust quotient with (TQ). If that someone is you, this TQ will strengthen the client’s engagement. In other words, the TQ creates an emotional connection, which allows the client to believe in your hope for their recovery. The client may not yet have any sense of hope for themselves, but, because of the trust and engagement they have with you, they will be pulled along by your hope towards their own hope and their recovery, much like a car is towed to its destination by a tow truck. Eventually, there will be some random day when the client begins to believe for themselves that recovery is possible… and, presto, hope has been restored. It’s at this point when hope is established in the client, that the recovery process begins. The mental health struggle hasn’t disappeared yet. It’s strong as ever. Now, though, the warrior inside the client, the therapist and those in the support circle emerges and the incremental process of changing unhealthy thoughts and emotions into healthier ones begins. This can often be a 4-6-month process. For, some, it may even be longer. But change is possible, and it is the client’s hope that sustains that process of change.

We consider this process to be more of a reflection of a warrior, than only a therapist or mentor. Like any good warrior, these warrior-therapists or warrior-mentors go beyond the call of duty, with an unwavering determination to never give up the belief that people have brains that have the capacity to change and possess the ability to achieve mental well-being.