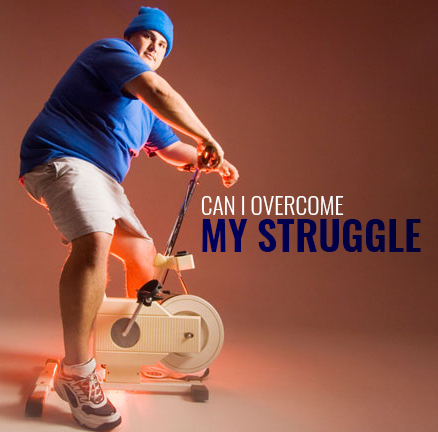 In 2004, the World Health Organization (WHO) reviewed the rates of psychiatric treatment usage as reported in 37 studies. The findings were quite alarming: Between 30% - 80% percent of people with mental health struggles never receive treatment.

The average rates for no treatment for specific disorders were: schizophrenia (32%), bipolar disorder (50%), panic disorder (55%), major depression (56%), generalized anxiety disorder (57%) obsessive-compulsive disorder (59%), and alcohol dependence (78%). The WHO report also suggested that these rates are probably low and that the actual number of people failing to receive treatment is much higher.

Stop for a moment and consider the tremendous amount of pain experienced by those people who struggle with mental illness, as well as the impact that has on parents, spouses, children, siblings, friend and other loved ones.

Many people want to take steps to end their mental health struggles. Unfortunately, they don’t know where to go in order to get quality support. This is especially true in underserved areas. In these areas, there are very few, if any, professionals available. Of those that may be available, it is unlikely that they have the background to address complex issues. As a result of this lack of support, people often turn to their physician, who may have had a class or two and completed one rotation in mental health. Hardly the training that is needed. So, in the end, the individual receives medication, which primarily treats the symptoms, but not the underlying causes.

Hopelessness itself is a problem. It often accompanies depression. It can result from an individual believing that things will never change or that they can’t get better. Hopelessness comes from believing oneself to be destined to a lifetime of mental illness.

Anosognosia ((uh-no-sog-NOH-zee-uh) is a characteristic seen in at least 50% of those with serious mental health issues. It is the belief that there is nothing wrong, or, if there is something wrong, it’s everyone else who has a problem. It represents a serious lack of insight. Alternatively, insight may be limited, rather than absent. In this case, the person may be aware of some mental health issues, but they are unable to assess their significance. For example, they may be unaware how their mental health issues impact their relationships. They may use excuses like “everybody gets stressed” and everybody else isn’t seeing a psychologist.

In either of these cases, lack of insight or limited insight, an individual won’t seek help.

Many people believe they are inadequate or see themselves as a failure if they admit something is “wrong” with their mental health. They believe they “should be able to handle things” on their own without assistance. Only weak or inferior people ask for help. Low self-worth creates a mindset of not being worthy to be invested in. This is despite their knowing that there is a good chance their parents, siblings or friends would invest in them. Alive has a 63% success rate in raising money (all or partial) from friend and family, when the client gives us permission to ask.

To survive a mental health struggle for most requires developing coping mechanisms to get through each day. Although these coping mechanisms are often themselves unhealthy, they create a stability or predictability in the individual’s live. But, in order to address their mental health issues, their current coping mechanisms need to be replaced with healthier activities. Unfortunately, this is often seen as giving up what is believed to work for something completely unknown and this change bears risks that are too big to bear.

It’s difficult to consider revealing personal details to a counselor/mentor. This level of vulnerability is difficult to drum up. Many express concern about “telling a stranger” about their problems. Additionally, they worry that their personal information won’t be kept confidential. Yet, even those who are willing to brave treatment may not place therapy among their priorities. Work, family responsibilities, and other commitments, can overshadow the need for therapy. Therapy may be viewed as a luxury that competes with essentials like driving the kids to little league and making dinner at home. This troublesome reality suggests that despite struggling for years with a mental disorder, many are reluctant to take the time for themselves to get better.

The most advanced treatment programs are carried out in small groups, because learning to establish healthy relationship is a critical part in recovering from a mental health struggle. Learning to develop trust within a group can be a frightening, particularly when engagement occurs. At the core of each person is a desire to engage deeply, but a reluctance to trust and the possibility of being hurt can cause people to avoid it.

The ability to change requires the self-confidence that a person can succeed at changing. Self-confidence comes from two sources. One source is personal history. If a person has been successful in the past, they will be more confident that they will be so in the future. Lack of success can lead to a lack of self-confidence. For those individuals, hope can be found in the other source for confidence. That source is the people around them. Your family, friends, colleagues, employer can instill confidence by believing in you. Confidence also comes from engaging with others in small groups like those offered by Alive.

People continue to hold stigmatizing beliefs about mental illness. For example, a study by Alvidrez and colleagues, published in 2008, found that among Blacks who were already mental health consumers, over a third felt that mild depression or anxiety would be considered "crazy" in their social circles. Talking about problems with an outsider (i.e., therapist) may be viewed as airing one's "dirty laundry." and being a weak person. More importantly, over a quarter of those consumers felt that discussions about mental illness would not be appropriate even among family.

One of the most common reasons for not seeking help is fear and shame. People recognize the negative stigma and discrimination associated with having a mental illness and don’t want to be labeled “mentally ill” or “crazy.” They may also have concerns about how such a label could negatively impact their career, education, or other life goals.

The inability to pay for treatment because of financial hardship or lack of health insurance often proves to be a reason mental health care isn’t sought. The cost of mental health treatment affects everyone. However, these costs disproportionally impact minority groups because of lower incomes and reduced employment opportunities. In my own research, I found that those most concerned about cost are more likely to be uninsured. For many of these folk, their incomes are not low enough to qualify for publicly provided services, but they aren’t high enough to afford a private insurance plan.

The impact of cost upon seeking mental health support can also result from not having reliable transportation or having appointments for treatment that conflict with work or school schedules or not having access to child care. Note: For those who desire to pursue overcoming a mental health struggle and do not have finances please contact vic@strongmentalhealth.net

Any one of these factors can delay or prevent appropriate care and can be very difficult to overcome. To further complicate matters, more than one of these issues can often be in play simultaneously. These barriers are often more prominent among ethnic minority groups, older adults, and individuals with less money or education.

What else can be done to address the problem of people not receiving treatment for mental health issues? Please leave a comment.